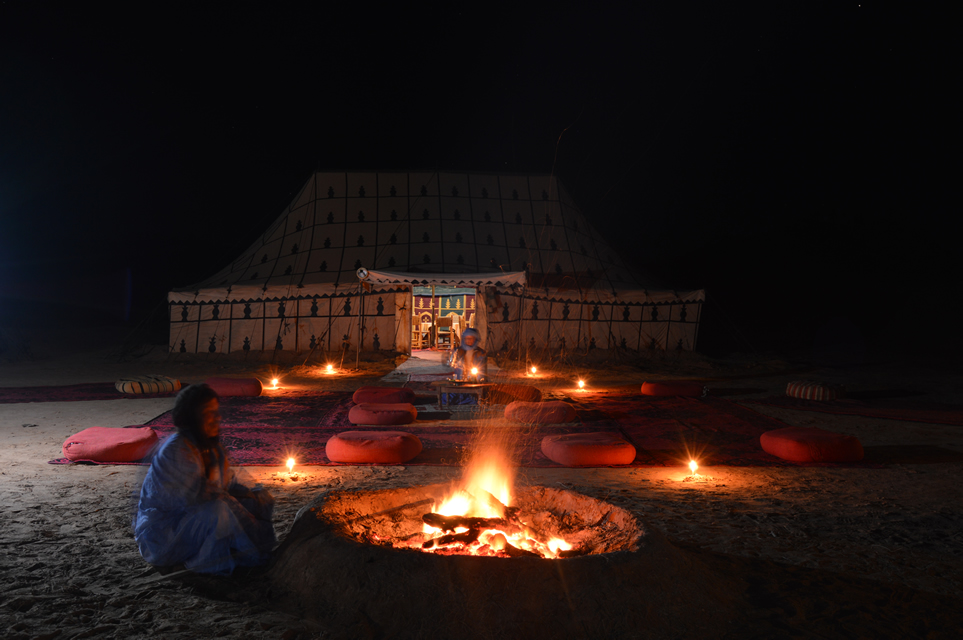 On the most enjoyable experience, Morocco guided invites you to a memorable Fez to Marrakech Desert Tours 3 Days enjoying the magic of the sunrise and the exciting camel trekking.

At the first day, we will pick you up at your Hotel/Riad for an enjoyable journey in the direction of the Sahara. First, we pass Ifrane.  Ifrane is unlike any other town in Morocco. Located at an altitude of 5,460 feet above sea level in the Middle Atlas region. This small hill town has a Swiss alpine feel to it. With neat red-roofed houses, blooming flower beds, lake-studded parks and snowbound winters, this remarkable European styled town is often referred to as “Morocco’s Switzerland.” We stop here for coffee and tea.

In Azrou we make a short break at the edge of the cedar forest to watch the monkeys ( Berber macaque) in their natural habitat. Be careful with these animals because they are living in the wild.

As we drive; Located in the Middle Atlas Mountains of Morocco, the Ziz Gorges offer a spectacular and dramatic scenery created by the River Ziz. The road traversing the gorges is called N13. It’s asphalted. The cliff road offers superb views.

Merzouga, nearby the, rose gold dunes of Erg Chebbi has hotels, though room availability might be in question during the busy tourist season. Moroccolocaltours will ensure that all this is taken care of.

Your exploration of Morocco wouldn’t be complete without including a visit to one of the fabulous Ergs. Just the place to enjoy such a sight is near the town of Merzouga, a place called Erg Chebbi in the Sahara. This part of the Sahara is said to have some of the highest dunes in Morocco. Join a tour and see the 150 meter high mountains of sand. They are not the world’s highest hills, but they are the place to see some of the most spectacular sunsets and sunrises anywhere in the world. A camel tour with a local Nomad guide will take you to the best locations, fix a traditional dinner and show you which dunes are best for viewing the sky. You will experience the silence of the Sahara and the incredible night sky, complete with falling stars and passing satellites, in the dark of the desert.

In the early morning, you will experience the Erg Chebbi sunrise with a scale of colors you will never forget.

If camels are not your chosen mode of travel, try exploring by sand buggy or 4 x 4 vehicles. Hiring a guide will ensure a good trip.

After waking up early to watch the beautiful sunrise in the Moroccan Sahara, we’ll go back to the hotel on camelback. After breakfast in this hotel, we start our journey in the direction of  Ouarzazate. On our way, we pass Berber villages. Visits to local Berber homes can also be included. You can see how they live, watch homemade bread being baked and see how the local food is prepared. Some of them offer rooms and will serve meals with the family, often called gites. Drinking tea with the locals is a must.

The Todra Gorge is a breathtaking narrow gorge in the eastern part of the High Atlas Mountains in Morocco, near the city of Tinerhir. The gorge is carved out of the mountains by the Todra and Dades rivers at their last 40 kilometers through the mountains. The most spectacular is the gap about 15 kilometers from Tinghir. Here the walls of the gorge are 600 meters long, only 10 meters apart, and the steep and slippery rock walls rise the 160 meters on both sides. It is said that the giant rock walls are magically changing in color as the day progresses.

As the journey continues you will see,  Dades Valley, Valley of Roses and Skoura. We will arrive in Ouarzazate in the evening.

We start by visiting Quarzazate, Tifoultout Kasbah, Taourirt, and the world-famous ATLAS Film Studio. ATLAS Film Studio is the first Film Studio located in North Africa, the site is spread over 20 hectares and offers all necessary services and equipment for productions: exterior and interior sets, production offices, workshops, stables with trained animals and accommodation in the Oscar Hotel. An impressive list of movies is (partially) filmed in Quarzazat.

Aït-Ben-Haddou (آيت بن حدو) is a medieval fortified city in the Moroccan region of Souss-Massa-Daraâ along a river. The city is famous for its magnificent kasbahs built against a hillside. These are made up of loam and are called the Ksar together. The kasbah are reinforced by walls with cornerstones with small steps in between .This is a typical example of South Moroccan architecture. The city was declared UNESCO World Heritage in 1987 and attracts around 25,000 tourists each year.

Then, departing to Marrakech “The Red city” via Tizi-N-Ticha road. We’ll reach Marrakech in the evening. 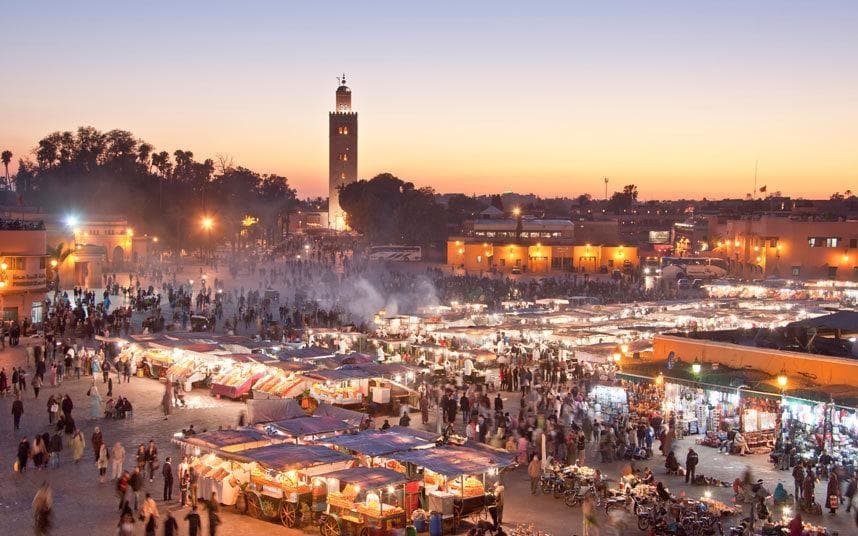 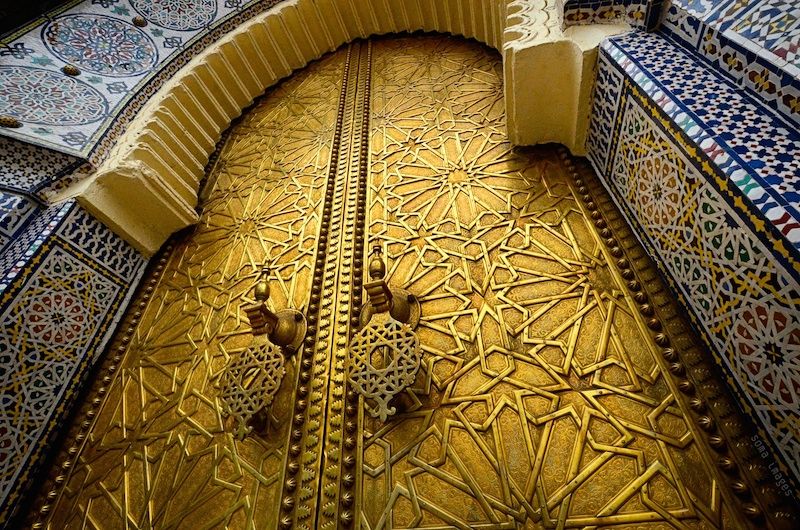